Author Pierce Brantley Releases "Calling: Awaken To The Purpose Of Your Work" May 1

The late singer and songwriter Prince's personal Bible and iconic clothing will be up for sale in an upcoming auction. Many of the items available for bidding have been collected by Prince's former bodyguard, and will be auctioned off by Heritage Auctions in Dallas, Texas on July 21.

Prince, who was a devout Jehovah's Witness, often brought his leather bound Bible on tour with him, according to the consignor. The Bible was given to him by a Witness at a service at a Kingdom Hall, and is available at a starting bid of $3,500.

In a press release from Heritage Auctions, consignment director Mike Gutierrez said, "Prince's musical and cultural impact can not be overstated. He was a brilliant musician, singer, composer, director. Anything relating to Prince has significant appeal to collectors, but to have lots like this, that he owned and wore, represents and extraordinary trove of treasures from one of the great musical influencers of our generation." 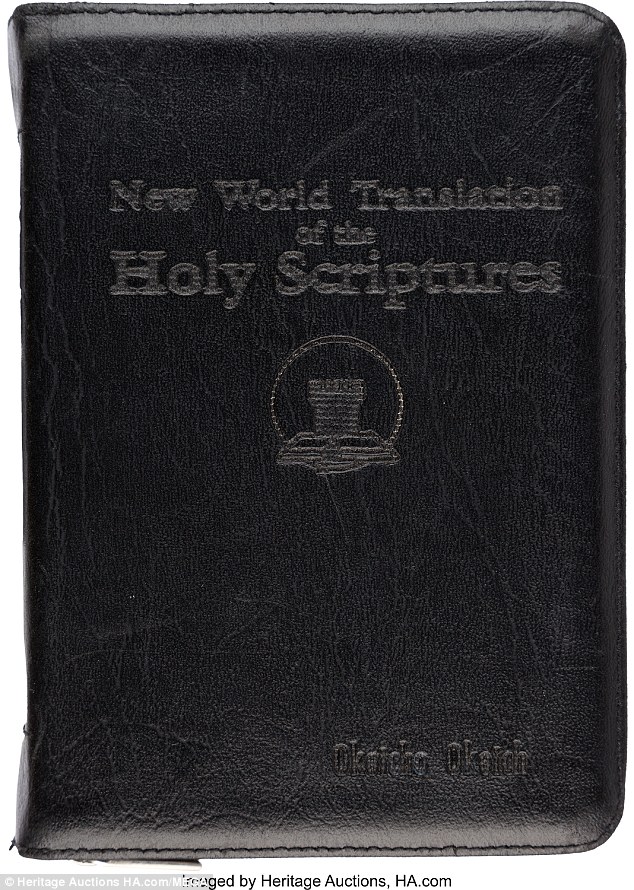