Hannah Kerr Gets Married in a Private Ceremony

Hollyn to Premiere Her Acting Debut on Netflix's "Stranger Things"

Now for the first time in over a decade, Avalon will release their 14th full-length album, Avalon: CALLED, on February 14. Avalon is a flagship artist with Red Street Records, a new label launched by Jay DeMarcus, a highly lauded member of the music and entertainment communities, and member of Rascal Flatts.

DeMarcus has nothing but praise for the new album:  "Their debut Red Street Records project, CALLED, is an amazing body of work that we are so incredibly excited to share with the world. This music will inspire, encourage and challenge you. I know you're going to LOVE IT!"

Avalon, has been inspiring lives with their music around the globe for over 20 years. Recognized by the industry for their powerhouse vocals, the group has achieved significant radio success including hits like "Adonai," "Can't Live a Day" and "Testify to Love" - just to name a few. This three time Grammy Nominated, American Music Award and Dove Award winning Christian artist is composed of Greg and Janna Long, Jody McBrayer, and Dani Rocca. Over their 20 plus year career, Avalon has made 13 albums, sold over 3 million units, has had 22 #1 Christian radio singles, and has won multiple awards.

Below are some information about the new album: 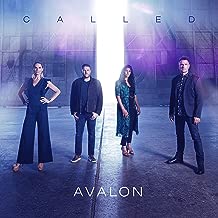 Here are the singles released from the album: