The Gospel Music Association  celebrated the 50th Annual Dove Awards with a sold out crowd in Nashville, TN. The special evening shined a light on Christian and Gospel music's rich and diverse history and showcased the future of exceptional artistry.  The awards will be televised on TBN (Trinity Broadcasting Network) on Sunday, October 20 at 8 p.m. EST / 5 p.m. PST.

First-time winners of the night included Aaron Cole, "New Artist of the Year," Phil Wickham, "Worship Recorded Song of the Year," and Keith and Kristyn Getty, "Inspirational Album of the Year."

Partial list of winners:
ARTIST OF THE YEAR: Lauren Daigle 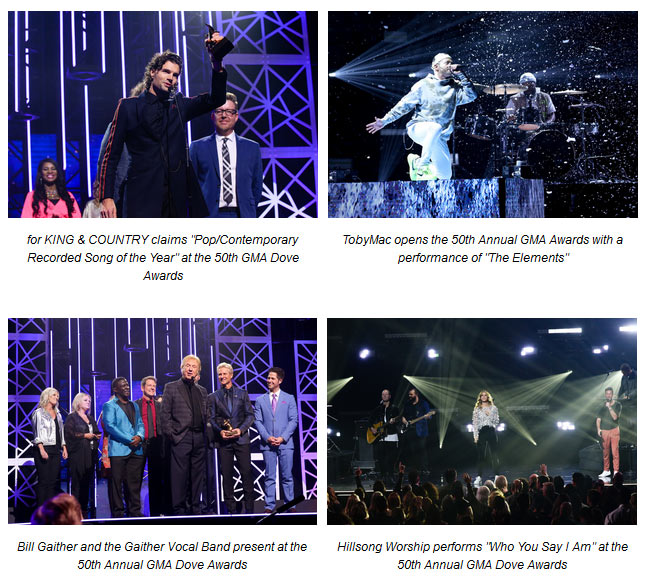 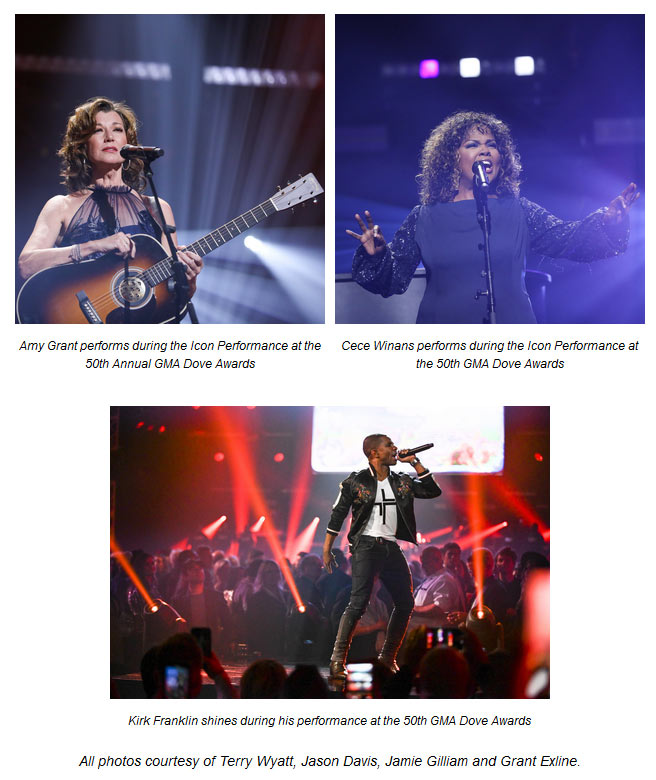